Haida people have occupied Haida Gwaii since time immemorial. Our traditional territory encompasses parts of southern Alaska, the archipelago of Haida Gwaii and its surrounding waters. Our pre-contact population was in the tens of thousands in several dozen towns dispersed throughout the islands. During the time of contact our population fell to about 600, this was due to introduced disease including measles, typhoid and smallpox. Today, Haida people make up half of the 5000 people living on the islands.

Haida reside throughout the islands but are concentrated in two main centres, Old Massett at the north end of Graham Island and Skidegate at the south end. Besides these two communities there are many 2000 more Haida scattered throughout the world. Vancouver, 770 km south of Haida Gwaii, has a large population as does Prince Rupert which is 100 km east across Hecate Strait. 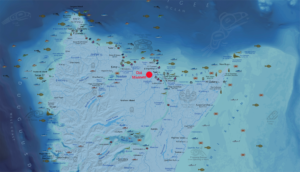 The Haida Nation collectively holds Hereditary and Aboriginal Title and Rights to Haida Territories and the cultural and intellectual property rights of the Haida Nation.

Write to Read handed over operation of the library to the Village Council.